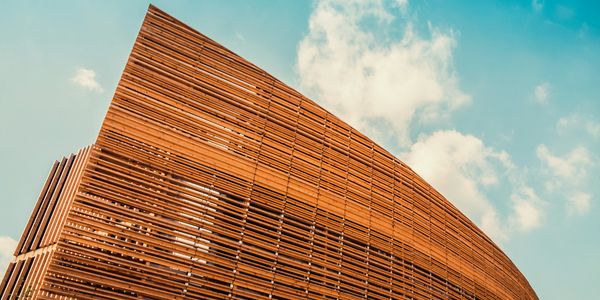 The rise of tall wood buildings across the world reflects more than an aesthetic shift in architecture. As wood buildings rise in cities from London to Minneapolis, the surge of these structures reflects the commercial possibilities of eco-friendly building materials. While there are a number of sustainable building products that are shaking up the industry, the technologies incorporated in the construction of tall wood buildings could be considered some of the most disruptive products in the industry. For the first time in the modern history of tall buildings and skyscrapers, concrete and steel could be made secondary to more eco-friendly building materials like cross-laminated timber.

At 18 stories and over 170 feet tall, Brock Commons, a student residence for the University of British Columbia campus in Vancouver, is the tallest wood building in the world. Considered an economic and environmental triumph, Brock Commons, according to UBC President Santa J. Ono, reflects the school’s leadership in sustainable construction. Completed in September of 2016, Brock Commons exemplifies just how relevant eco-friendly building materials are for massive construction projects. What may not remain relevant is Brock Commons placement as the world’s tallest wood building. One month later in Vienna, Austria, construction began on an urban redevelopment project that is expected to stand over 100 feet taller than the Commons.

In November 2016, the seven-story commercial building in Minneapolis opened, touting itself as the largest modern mass timber building in the United States. Named T3, which stands for Timber, Technology and Transit, the building was built with over 180,000 cubic feet of sustainably forested wood. The use of these eco-friendly building materials has helped to halt over 1,400 tons of CO2 emissions. The architectural firm behind T3 considers the building to be a gamechanger that will provide modern, clean, energy-efficient systems and eco-friendly building materials designed to reduce its carbon footprint.

While only in the conceptual stages, the proposed Oakwood Tower of London promises to be the world’s tallest wood building and London’s second tallest. Upon completion, the 80-story structure will reach nearly 1,000 feet in height. Designed to generate 1,000 new housing units, the Oakwood also promises to completely transform the way we approach mass construction utilizing eco-friendly building materials. The success of the Oakwood Tower could not only change the way tall buildings are considered, but could represent the environmental sustainability of large urban centers.

This growth of eco-friendly materials usage in massive commercial projects like the Oakwood Tower represent a rise in the need for products once considered to be more novelty than necessity. This is especially relevant to the timber industry. While the ubiquity of concrete and steel are far from feeling the pressure of a change in approach, the demand for the eco-friendly building materials like cross-laminated timber are likely to result in rapid growth for those industries associated with such materials. At Davalyn Corporation we have nearly 30 years of experience with helping companies within the building materials industry meet the talent demands of an evolving landscape. As the industry grows and transforms, we are growing with it and preparing for the future.