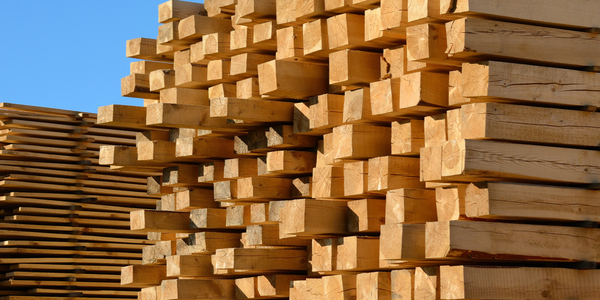 The U.S.-Canadian softwood lumber dispute is one of the longest-running active trade disputes in which the U.S. is engaged. The dispute has had major implications on the economies of both nations, as it is directly tied to both the housing and job markets, as well as domestic softwood lumber production. Arising in 1982, the dispute was founded on the claim that the federal and provincial governments of Canada has unfairly subsidized the lumber industry. The price to harvest timber is controlled by the government of Canada, whereas prices in the U.S. are driven by the competitive marketplace. Domestic lumber industry groups and coalitions have on several occasions petitioned the U.S. government to impose countervailing tariffs on Canadian softwood lumber, arguing that the ability to control prices of the product allows Canada to unfairly supersede the need and demand of the open market. These groups continue to affect the possibility of domestic softwood lumber production.

With a history as extensive as that of the softwood lumber trade dispute, it begs the question:  what makes it different now? With major administrative changes in the highest offices of both countries in just over a year, this alone could have been enough to inspire dramatic changes in domestic softwood lumber production. Add to this the expiration of the Softwood Lumber Agreement coinciding with the election of Justin Trudeau as Canada’s prime minister in October 2015 and the subsequent expiration of a one-year cooling off period in which litigation from either country was disallowed that occurred just weeks before the election of Donald Trump. These dramatic shifts in administration combined with the expiration of nearly a decade’s worth of cooperative legislation set the stage for perhaps the most disruption the softwood lumber industry has experienced in the 35-year history of the dispute.

During a brief period of governance coinciding with the conclusion of Barack Obama’s second term, the two nations expressed a desire on both sides to explore all options for resolving the trade dispute. Despite the exchange of a number of proposals and papers, the issue stagnated. With the election of Trump in November 2016, signs began to point toward a push to include the softwood lumber dispute in renegotiation process of the North American Free Trade Agreement, in an effort to improve terms for the United States. This came to fruition in late April with the hike of tariffs on imported softwood lumber, with rates raised to as much as 24 percent. The imposition of these tariffs was allegedly based on a broader commodity dispute, including the apparent restriction on dairy exports from the United States. Regardless of the reasoning, the new tariffs promise to have resounding effects through the lumber and housing industries and on domestic softwood lumber production.

It is unfair for anyone to suggest they can predict with any accuracy the long-term effects of such actions, especially as they seem deeply tied to other trade disputes. However, there are clear immediate impacts to the softwood lumber industry that have heralded this action. There have been noticeable increases in the prices of Canadian softwood lumber in the months leading up to the tariff hike, with the largest weekly increase since August 2003 occurring in February. While this could lead to partnerships with other countries from whom we also import softwood lumber, the most likely result is an increased demand on the domestic softwood lumber production, most notably in the Pacific Northwest. An increased demand for domestic softwood lumber production could resonate beyond the lumber industry and into several facets of the building materials ecosystem.

A rise in domestic softwood lumber production could mean an increased demand for top-level talent in many related fields. At Davalyn Corporation, our recruiters are experienced in the dramatic effects legislation can have on the job market and we are sensitive to the timeliness required to address these market shifts. Our extensive catalogue of highly qualified candidates, combined with our connections and experience enable us to quickly meet your demands for exceptional talent to respond to these challenges. Contact us to learn how Davalyn Corporation can help you in this transition.